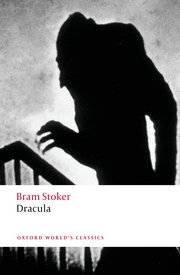 'Unclean, unclean!' Mina Harker screams, gathering her bloodied nightgown around her. In Chapter 21 of Bram Stoker's Dracula, Mina's friend John Seward, a psychiatrist in Purfleet, Essex, tells how he and a colleague, warned that Mina might be in danger, broke into her bedroom one night and found her kneeling on the edge of her bed. Bending over her was a tall figure, dressed in black.

His right hand gripped her by the back of the neck, forcing her face down on his bosom. Her white nightdress was smeared with blood, and a thin stream trickled down the man's bare breast which was shown by his torn-open dress. The attitude of the two had a terrible resemblance to a child forcing a kitten's nose into a saucer of milk to compel it to drink.

Mina's husband, Jonathan, lay on the bed, unconscious, a few inches from the scene of his wife's violation.
S'identifier pour envoyer des commentaires.