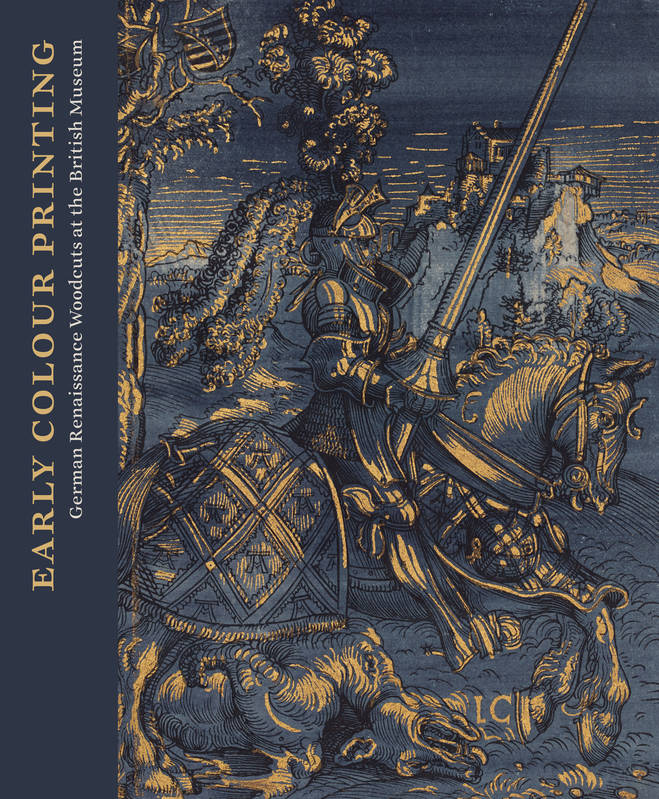 À paraître
This richly illustrated publication reproduces and describes effectively every early modern German colour print held at the British Museum. It is one of the world’s most significant collections of these rare milestones of cultural heritage and technology. New photography reveals 150 impressions in jaw-dropping detail, most life-size. Some have never been seen in public or reproduced. It is the first major study of the first wave of German colour printing. It spans medieval printing in the late 1400s through the Renaissance and Reformation of the 1500s.

Early Colour Printing features masterpieces by leading figures like Erhard Ratdolt, Lucas Cranach, Hans Baldung Grien, and Hans Burgkmair, as well as unfairly overlooked entrepreneurs and innovators like Erasmus Loy (and his daughter Anna). Their breakthroughs reproduced artworks and simplified astronomical calculations. They created trends in interior design and signalled ‘red-letter days’. They helped musicians sight-read and they colour-coded metals for goldsmiths. These diverse new functions and markets might seem unrelated. But they are connected, and they cannot be understood in isolation. From artworks to missals, icons to wallpapers, this book breaks new ground by revealing the fascinating underlying technologies that enabled the production of these colour-printed objects.
The many inventions of colour printing in the German-speaking lands began with medieval novel solutions. They were devised long before colour printing inks could be formulated. Then, colour printing techniques transformed how printed material could be used during the technological and cultural revolutions of the sixteenth century. Later designers and artists around Europe celebrated these techniques’ heritage for centuries, from the ‘Dürer Renaissance’ until chromolithography revolutionised the print market in the nineteenth century. Early Colour Printing captures this story in rich detail. It sets the stage for second wave of German colour woodcut, which was triggered by the Expressionist revival at the turn of the twentieth century. Thoroughly researched and engagingly written, this collection guide will be a standard reference on German graphic art, early modern visual culture, and the history of printing itself.
Early Colour Printing: German Renaissance Woodcuts at the British Museum offers significant new research, including previously unidentified examples of early modern colour-printing. Some are believed to be unique in the world; others were made decades before the landmark invention of colourful chiaroscuro woodcut in Italy in 1516. By modelling a printer- and technology-based approach to the history of printing, it contributes to scholarship by pinpointing attributions to printers—not just to artists or designers. In doing so, it lays the groundwork for a new understanding of the history of print, one that encompasses all forms of printed material. This publication derives from an exhibition at the British Museum curated by Elizabeth Savage.
S'identifier pour envoyer des commentaires.